Stefan Haneder from Austria is the fastest barman 23.05.2019 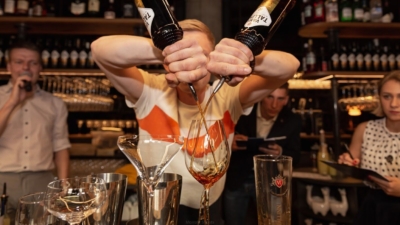 “Speed, technique and the ability to follow recipes accurately were primarily assessed at the competition,” said Kris-Marii Kaska, bartender at Kalevi Jahtklubi Resto and nightclub Venus, who finished second in the competition. “Clients are increasingly more demanding and bartenders have to meet their expectations.”

In the Vana Tallinn Speed Round Bartenders Challenge, competitors had to make seven cocktails and a shot according to recipes in the fastest time possible. 26 bartenders from 12 countries participated in the challenge. The cocktails and the shot were based on the legendary Vana Tallinn.

“Competitions are very important for the professional development of bartenders and promotion of this field,” explained Kris-Marri Kaska, who only lost to the winner by five seconds with her time of three minutes and two seconds. “A competition highlights the weaknesses of bartenders, so they can work on them.”