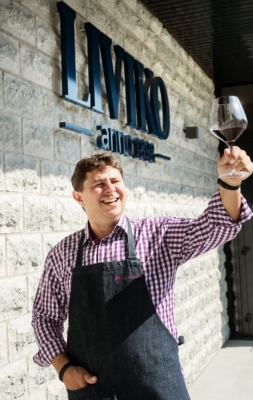 In order to pass and be awarded the diploma, the candidates were required to complete the complex exam, which comprised a number of parts, within the designated time.

“There was a written test, an essay to write on a topic they gave us on the day and needless to say an assessment of our skills in matching food and wine,” Ugandi explained. “We also had to introduce a wine to a client, taste five different drinks, do a blind tasting of a wine and decant and serve a red wine.”

The exam is the same for sommeliers all over the world and is administered on the same day globally. The partner to the ASI in Estonia is the Estonian Sommelier Association (ESA), which organised the exam for the second time.

“There are only 68 sommeliers in the world with a gold-level diploma,” said ESA President Kristjan Markii. “Urvo’s achievement is a reflection of the high level of our sommeliers here in Estonia, and we’re really happy that being such a respected instructor and teacher he’ll be able to pass on his expertise to other sommeliers.”

“Being a sommelier means having to learn new things all the time,” Ugandi explained. “It’s your job to be up to date at any given point on what’s going on in the world of drinks and to share that knowledge and recommendations with clients, since that boosts consumer awareness generally.”

The exam system established by the ASI in 2012 aims to assess the skills and knowledge of sommeliers on the same basis in every country. The diplomas it awards are internationally recognised and represent a guarantee of the sommelier’s professional expertise. Four sommeliers from Estonia have taken the exam, with three being awarded silver-level diplomas.